STEAM - Survive and Thrive in the Rainforest

Last time...
Survive and Thrive in the Rainforest

RESCUE ME! A CHALLENGE WITH TWO TEAMS

Scenario:
You are campers in the rainforest. You need to elevate your food and supplies while you sleep to keep it away from wild beasts. You can only build the elevation device using the materials in your camping gear.
Each table gets a bin of materials- all the same items.

Work as a TEAM! 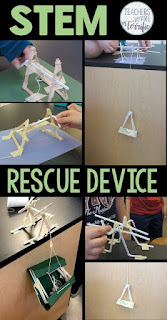 The Carrier
The other half of the team has to build something that would attach to the winding mechanism and hold fragile cargo. Don’t make it too heavy. 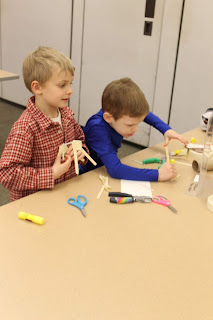 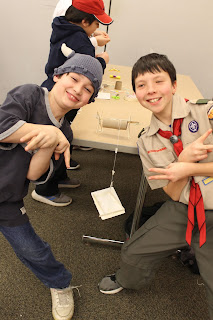 WHAT ARE RAINFORESTS?
Tropical rainforests are forests with tall trees, warm climate, and lots of rain. In some rainforests it rains more than one inch every day!

Rainforests are found in Africa, Asia, Australia, and Central and South America. The largest rainforest in the world is the Amazon rainforest.

WHERE ARE RAINFORESTS LOCATED?
Rainforests are found in the tropics, the region between the Tropic of Capricorn and Tropic of Cancer. In this region the sun is very strong and shines about the same amount of time every day all year long making the climate warm and stable.

WHY ARE RAINFORESTS IMPORTANT?

Rainforests are important to the global ecosystem. Rainforests:
Posted by STEAM Team at 8:47 AM No comments:

Email ThisBlogThis!Share to TwitterShare to FacebookShare to Pinterest
Labels: @ The Library, Architecture, art, Engineering, Math, Science, Technology
Older Posts Home
Subscribe to: Posts (Atom)
STEAM is brought to you by:

STEAM at Gail Borden Public Library is our way of helping kids use their creativity to learn and explore STEM concepts.

Here at the Library...